H
Back to Performances

An Evening of Violin and Viola Duo 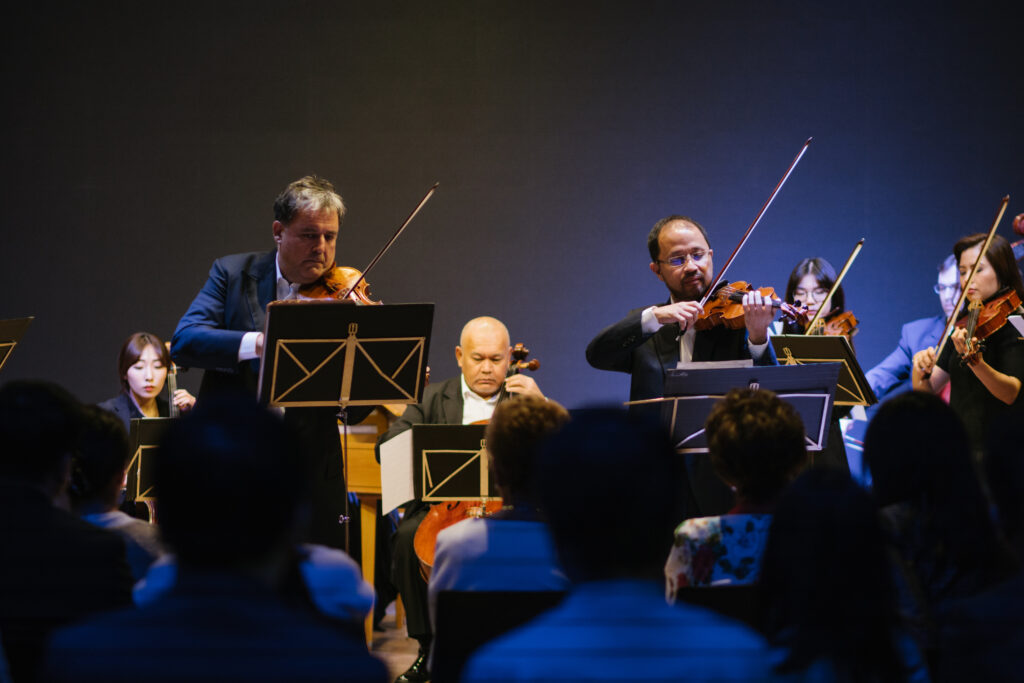 Programme:
Fritz Kreisler: Recitativo and Scherzo-Caprice for violin solo
Narongrit Dhamabutra: Threnody to the victims of the pandemic for viola solo
W.A.Mozart: Duos for violin and viola K. 423 & 424

Leo and Tasana have now been working together for the best part of twenty years.
Their collaborations have included many seasons of chamber music and orchestral performances for Pro Musica, Bangkok, and have also incorporated teaching for Silpakorn University and participating each year in the Silpakorn Summer Music School. This is the first time they have appeared together as a duo.

Tasana Nagavajara was a founding member of the Faculty of Music at Silpakorn University, and has also served as Director of the Silpakorn Summer Music School (SSMS) and the Pro Musica Junior Programme. As a professional musician, he has performed the major violin concerti with Thailand’s leading orchestras, and served as Concertmaster of the Bangkok Symphony Orchestra under Hikotaro Yazaki for 10 consecutive seasons. He was also recipient of a Princess Galyani Vadhana scholarship to attend a violin master class with Hrachya Hrutunian in Neustadt/Saar, Germany. He has been intensifying his international career with his involvement from 2011 to 2016 as faculty member and chamber performer in the Estate Musicale Frentana in Lanciano, Italy, and in 2014 he joined the International Akaroa Music Festival, New Zealand. He has twice given recitals at the historic Mendelssohn House in Leipzig, Germany. Tasana is currently the Artistic Director of the Pro Musica Orchestra.

Wine will be on sale.

To comply with social distancing rules, we must limit the audience to 80 persons. Please book your seat in advance by emailing or phoning your booking to the Society.