H
Back to Performances 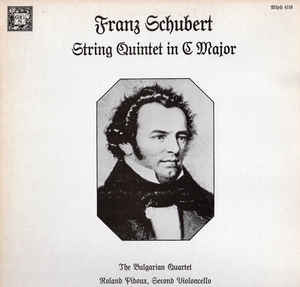 The British composer Benjamin Britten once commented that the few years from 1824 – 1828, encompassing Beethoven’s late string quartets and Schubert’s final works, were likely the most fruitful in the entire history of Western music.

The String Quintet in C major was Schubert’s last completed chamber work (in 1828) and it is widely believed to be among the greatest chamber works ever composed. It is performed by two violins, a viola and two cellos and is played in one go (about 60 minutes), without intermission. Only 31 years old, Schubert passed away a few weeks after completing this extraordinary work. He probably never heard a rehearsal of his quintet, probably knowing it only within his own mind.

Rhys Watkins (Violin) became a member of the first violin section of the London Symphony Orchestra in 2009. He has performed as a soloist, recitalist and orchestral leader thoughout Europe, America and Asia.

Omiros Yavroumis (Violin) is the current Concertmaster of the Thailand Philharmonic Orchestra and violin professor at the College of Music, Mahidol University.

Aibek Ashirmatov (Viola) has been playing in chamber and National Symphony orchestras as well as a soloist mainly in Kazakhstan, Usbekistan, and Germany.

Noa Lev Chorin (Cello) has been performing in various acclaimed chamber music groups mainly in Germany and Israel and is also a soloist. She is currently based in Thailand and besides performing is also a guest lecturer at the Princess Galyani Institute of Music.

Rowena Calvert (Cello) has established herself as an ambassador for the younger generation of cellists through her wealth of past performances across the world. She enjoys a vibrant career as a soloist, chamber musician and teacher and is currently the Head of Strings at local Shrewsbury International School.

Wine will be on sale.

To comply with social distancing rules, we must limit the audience to 75 persons. Please book your seat in advance by emailing or phoning your booking to the Society.